The TYPO3 East Europe, in short T3EE, was bord out of our wish to make TYPO3 stronger in the Central and Eastern part of our continent, to promote it between the programmers and web agencies and to showcase it to potential clients. We also wanted to create the opportunity for the TYPO3 community from the region, like Romania, Ukraine, Serbia, Hungary, Slovakia, to get together and to connect to the larger international TYPO3 community, to share knowledge and to generate business cooperation.

The idea of organizing T3EE came in 2012 during our annual TYPO3 Usergroup Romania meetup, which Arxia was organizing in Cluj-Napoca since 2010. Having grown the local event to over 40 attendees, all from the Romanian web agencies, we decided that it is time to go bigger and to prove ourselves as an active community that can contribute significantly to TYPO3.

The first edition of the TYPO3 East Europe has proven to be a great success, with over 100 attendees from all over Europe, great talks, great interactions and intensity of social events that contributed to creating an aura for T3EE, as "the event where you need to be".

Since then, T3EE happened each year and our friends from Target-E joined forces to co-organize the event for the last several editions.

T3EE is always more than just two days of intensive presentations and interactions. Each time we have organized activities that are targeted either to promote TYPO3 in the region or to strengthen the relations between TYPO3 community members. Each year, we have promoted the event actively in the Romanian IT community, presented T3EE at other local events, promoted it through articles in the specialized local press and invited as speakers Romanian and regional leaders in technology, academia, consultancy and even leadership development.

Among the actions that we did along the time as side events, we remember fondly:

TYPO3 East Europe was generously supported each year by many renowned TYPO3 agencies, such as JWeiland, DKD, Pixelant, ..............

Arxia was constantly among the Gold sponsors, joined by Target-E for the latest editions and helped by the other Romanian agencies working with TYPO3, Reea and Decode.

We hope to have many more editions organized from now on and to bring more and more TYPO3 community members to our beautiful city.

Find out more about the T3EE editions following the links below! 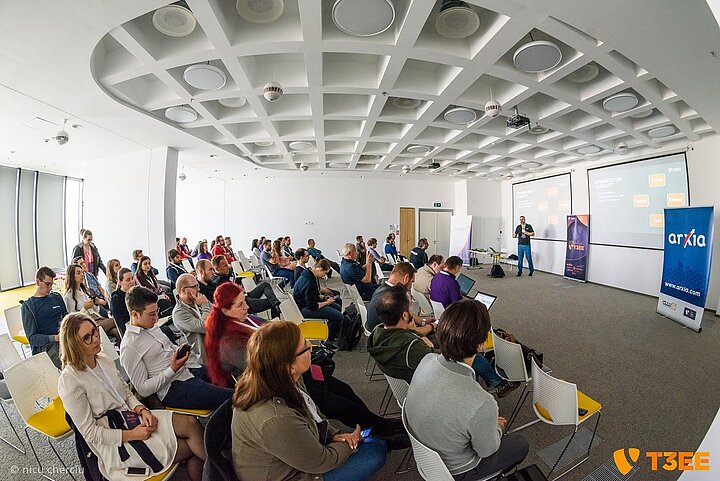 The 7th edition of the international TYPO3 conference organized by Arxia and Target-E in Cluj brought together the TYPO3 community once again. Our CEO presented the progress on expanding the TYPO3 presence in Africa and the future plans in this direction. Check the link below for more details 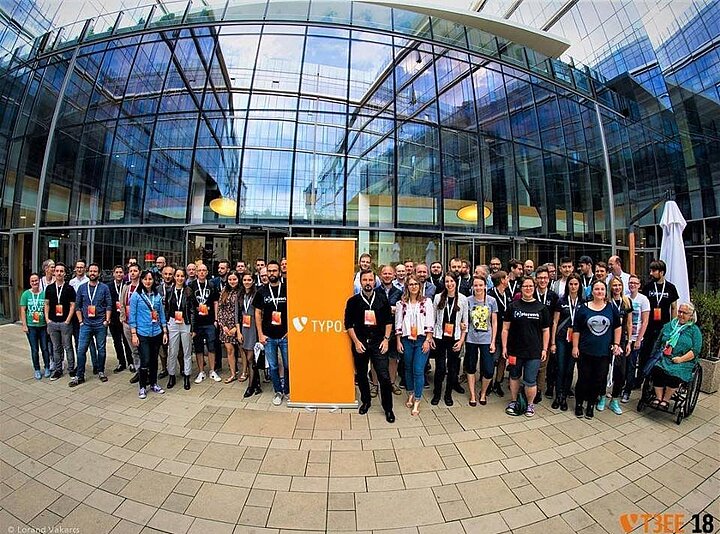 Once more T3EE proven to be the place to be for everyone, from East and West. For our attendees from Ukraine, Poland and Slovakia it was their first TYPO3 event. Our colleagues delivered two presentation - Alina Fleșer talked about the flexibility of TYPO3 extensions and Daniel Homorodean shared a vision about the future of our work and our organizations in the digital revolution that we are now part of.

This T3EE edition was very playful - our team prepared well the social games that kept everyone engaged during the sessions, the breaks and of course the main party. Our colleague Daniel Homorodean presented tips & tricks for the commercialization of SaaS products and how to transform tensed moments between people into opportunities through "Crucial Conversations". 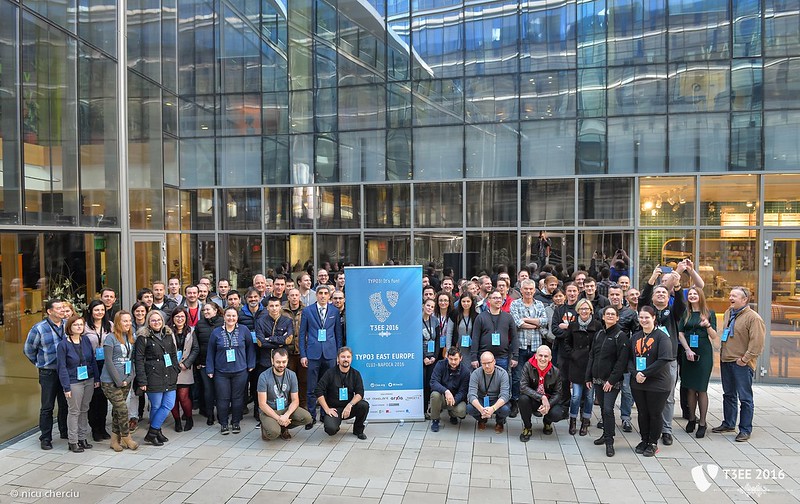 The "TYPO3 University Day" opened this edition of T3EE, with almost 30 representatives of the academic institutions from 5 countries. The next 2 days were packed with presentation and quality community time. Highlights included the presentation of TYPO3 7 LTS, the Mark extension, the t3kit and the agile approach of development projects. 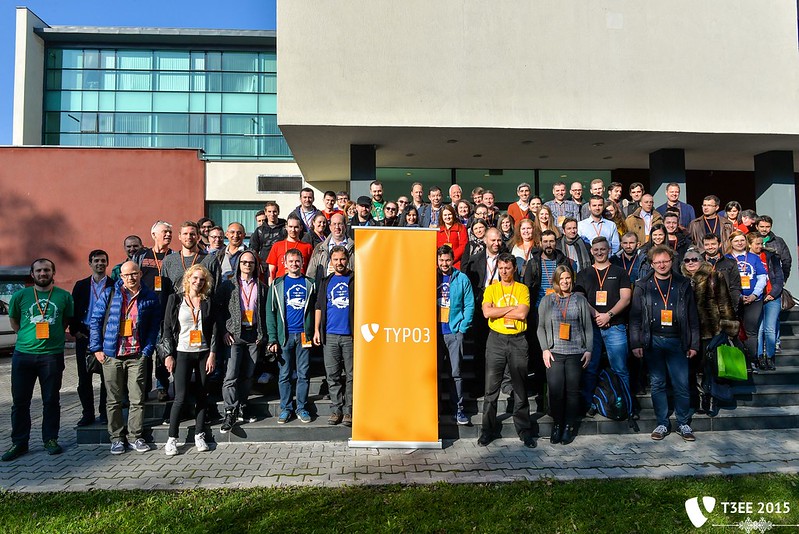 This year T3EE was preceded by a day of "TYPO3 Marathon", when our team and our guests run arround the town presenting TYPO3 in various locations. It was the "edition of the colors", from t-shirts to drinks and to badges. Our colleagues held two presentations: Emil Mercea showcased the technical mastering of 3D planning in the browser with WebGL showcasing our PlanningWiz floor planner and Daniel Homorodean presented "A3 Thinking", a logical and structured approach to problem solving adopted by Lean organizations around the world. 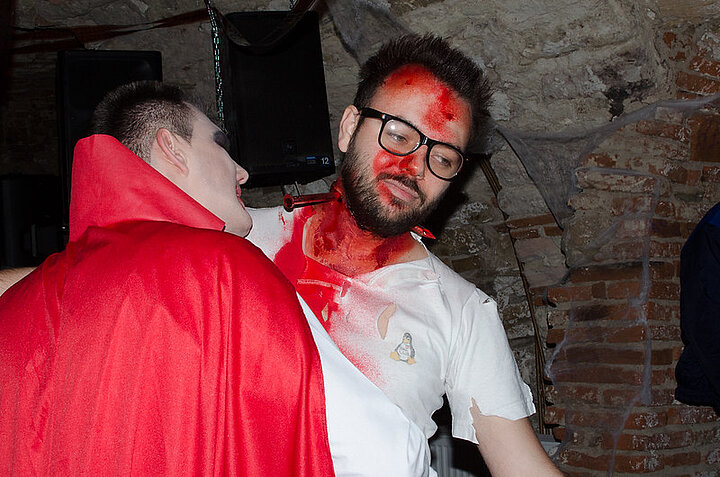 At the 2nd edition, T3EE attracted even more people. We had many engaging presentations but this edition will for ever be remembered by the greatest Halloween party in the history of TYPO3! 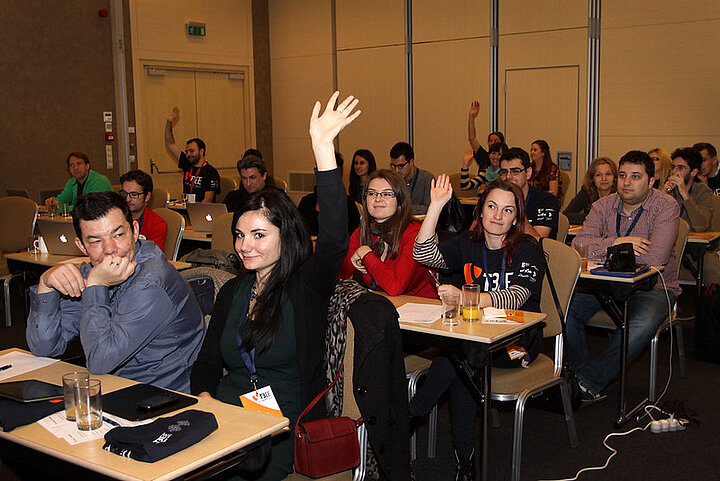 Over 100 TYPO3 community members gathered from all Europe. The Romanian presence was strong but the response from the West, especially Germany and the Netherlands, was amazing! The future of the TYPO3 project was in high debate, with Neos - the promissing child of the day, keeping everyone excited. A great first edition of T3EE, establishing the strong tradition that carries on.